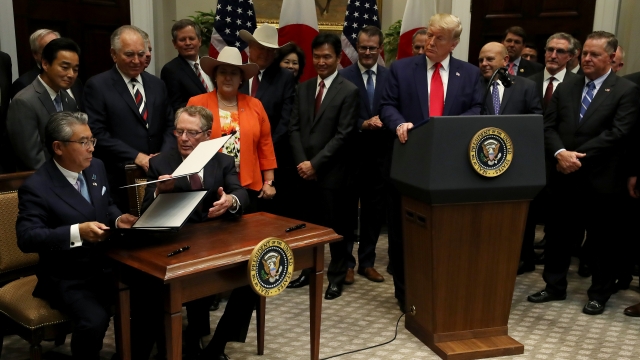 The first deal affects the export of agricultural products from the U.S. to Japan. The White House says it will help expand access to "a fairer market" by eliminating or lowering Japanese tariffs on beef, pork, wheat and other products.

The second deal focuses more on intangible products — music, videos, software, that sort of thing. The White House says this deal will provide a boost to the roughly $40 billion worth of existing digital trade between the two countries.

The signings come just before China and the U.S. are set to begin trade talks again. Those talks are aimed at working out similar issues with intellectual property and agricultural trade.