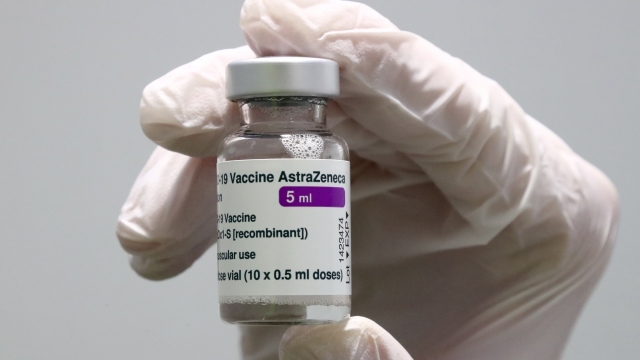 SMS
U.S. To Share Up To 60M AstraZeneca Doses With The World
By Kamil Zawadzki
By Kamil Zawadzki
April 26, 2021
The shot is not approved stateside, but has been given the green light elsewhere.
SHOW TRANSCRIPT

The Biden administration announced Monday it would share AstraZeneca vaccines after an FDA review.

That shot is not approved stateside, but has been given the green light elsewhere.

Richer countries, like the U.S., have been accused of hoarding vaccine doses while smaller nations fight to get their hands on some.

The president is also stepping up aid to India, which is battling a COVID crisis.

The chief scientist at the World Health Organization warns that the virus still remains a threat.

"This virus hasn't gone anywhere," Dr. Soumya Swaminathan said. "It's there everywhere, just waiting for the right conditions when it can start transmitting. And that's exactly what's happened over the last several weeks."