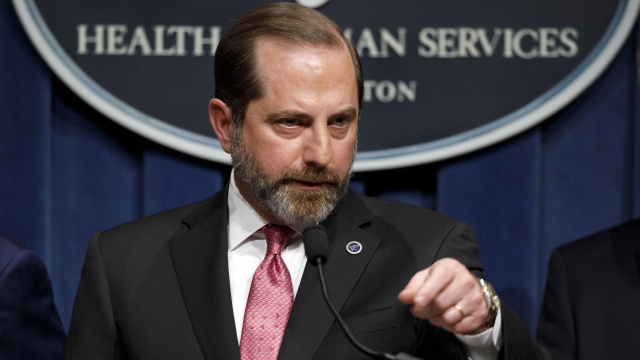 SMS
U.S. Sending Highest-Ranking Official In Over 40 Years To Taiwan
By Nathan Byrne
By Nathan Byrne
August 5, 2020
The visit to Taiwan will be the first by any U.S. Cabinet official in six years.
SHOW TRANSCRIPT

Health and Human Services Secretary Alex Azar is set to become the highest-ranking U.S. official to visit Taiwan in 40 years. In 1979, formal diplomatic relations between the two countries ended.

The U.S.'s ties with Taiwan are — officially unofficial — in deference to China. But America is the island's most important ally and provider of defense equipment.

The Department of Health And Human Services says the visit is meant to show President Donald Trump's support for Taiwan. But China is criticizing the trip, saying it'll damage U.S.-China relations.

The visit to Taiwan will be the first by a U.S. Cabinet official in six years. Azar will be the first-ever HHS secretary to make the trip. His visit is scheduled to take place in coming days.