US Senator John McCain Dies After Battle With Brain Cancer 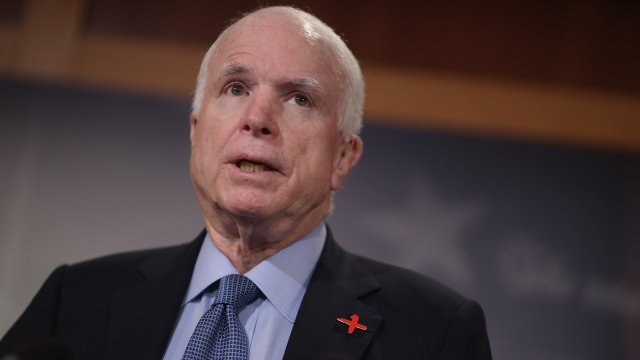 U.S. Sen. John McCain has died after a battle with an aggressive form of brain cancer. He was 81 years old.

McCain announced his diagnosis in July 2017. And just over a year later, his family said the senator decided to stop medical treatment.

Prior to his career in politics, McCain served in the Vietnam War.

He was captured and held as a prisoner of war for more than five years before being released in 1973.

McCain served in the U.S. House of Representatives for four years before getting elected to the Senate in 1986.

He was serving his sixth term in the upper chamber when he passed. In all, he spent 35 years in Congress.

McCain ran for president twice: once in 2000 and again in 2008. The second time he ran, he and his running mate, Sarah Palin, lost to Democrat Barack Obama.

His daughter, Meghan McCain, is a co-host on The View and an analyst for ABC News Politics.

McCain is survived by his mother, wife, seven children and multiple grandchildren.