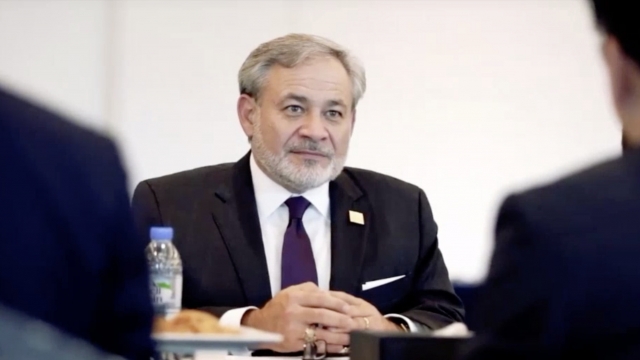 The U.S. Senate confirmed Dan Brouillette as the new U.S. secretary of energy on Monday.

Lawmakers in the Republican-led Senate approved Brouillette, the former deputy energy secretary, by a 70-15 vote. Brouillette will take over Rick Perry's spot.

Perry, a key figure in the impeachment probe against President Donald Trump, stepped down Sunday. It's unclear if he was involved in the withholding of military aid to Ukraine.

For his part, Perry says he has done nothing wrong and denied that his resignation was related to the investigation.

President Trump nominated Brouillette in October, the day after Perry announced his resignation in a video.

Brouillette is a former chief of staff to the House Energy and Commerce Committee and was an executive at the United Services Automobile Association and Ford Motor Company. He was also assistant secretary of energy for congressional and intergovernmental affairs in the George W. Bush administration.