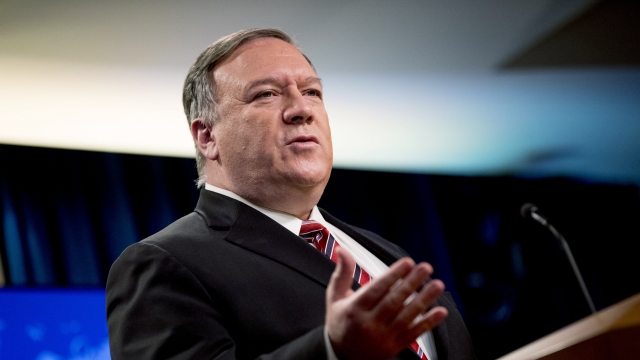 The U.S. says China intentionally concealed the severity of the coronavirus, allowing it to hoard medical supplies before revealing the outbreak to the world. The Department of Homeland Security reports China cut exports of supplies prior to telling the World Health Organization in January that COVID-19 was a contagion.

The allegations come as the Trump administration ramps up its criticism of China's response to the pandemic. On Sunday, U.S. Secretary of State Mike Pompeo told ABC News the Chinese Communist Party "did all that it could" to make sure the rest of the world didn't learn about the outbreak. President Trump later echoed Pompeo during a virtual town hall interview with Fox News.

President Trump: "We wanted to go in, they didn't want us there, even World Health wanted to go in. They were admitted, but much later — you know, not immediately. And my opinion is they made a mistake. They tried to cover it, they tried to put it out. It’s like a fire. You know, it’s really like trying to put out a fire. They couldn’t put out the fire."

In February, China acknowledged there were "shortcomings and deficiencies" in its response but has pushed back against accusations the pandemic is its fault. The DHS report comes amid President Trump's ongoing effort to deflect attention away from his heavily-criticized response, especially ahead of the 2020 election.

Last month, the White House ordered U.S. intelligence agencies to investigate whether China or the WHO withheld any information about the early days of the coronavirus. The Trump administration is also reportedly weighing whether to take sharp action against Beijing, including sanctions and new trade policies.