U.S. Saw Highest Number Of Mass Killings On Record In 2019 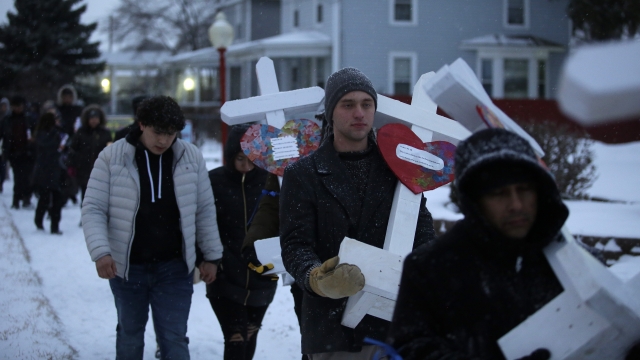 SMS
U.S. Saw Highest Number Of Mass Killings On Record In 2019
By LeeAnne Lowry
By LeeAnne Lowry
December 29, 2019
The deadliest attack in 2019 was the shooting at an El Paso Walmart that killed 22 people.
SHOW TRANSCRIPT

That's according to a database compiled by The Associated Press in coordination with USA Today and Northeastern University. It has data dating back to the 1970s. Until 2019, 2006 had the highest number of mass killings at 38.

Mass killings are defined as a murder where a perpetrator kills four people in a single event, not including themselves.

Most of the mass killings in 2019 were shootings. The deadliest attack was the shooting at an El Paso Walmart that killed 22 people in August.

Although 2019 saw the most mass killing events, 2017 had more deaths from mass killings. And despite the rise in mass killings, the overall homicide rate dropped in 2019.