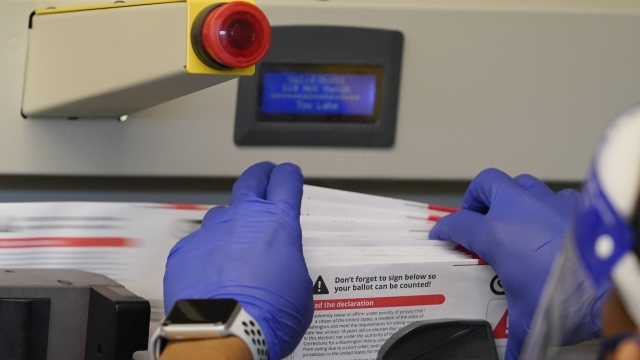 The FBI and the Department of Homeland Security issued a warning this week about a state-sponsored hacking group from Russia that has stolen data from at least two servers. Federal officials didn't say which systems were targeted.

A spokeswoman for Hall County, Georgia, north of Atlanta, told CNN that there was a malware attack on its voter database, though foreign connections were unclear. She said "the voting process for our citizens has not been impacted."

Federal authorities said this week that both Russia and Iran have gathered voting registration information, which is often readily available online. Acting director of homeland security Chad Wolf had this to say:

"Foreign adversaries are intent in trying to influence our elections."

U.S. officials say it is extremely unlikely that foreign actors can alter election results. But they say cyber attacks may be aimed at sowing doubt over the security and legitimacy of the voting process.