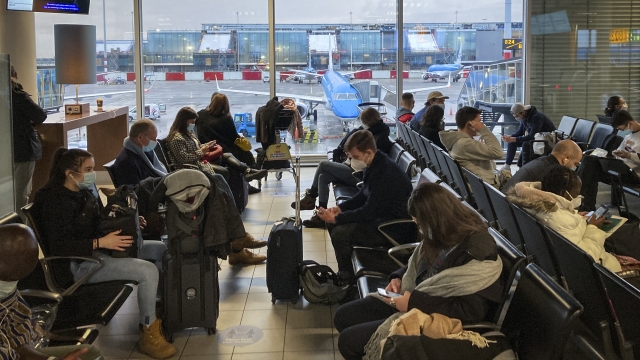 The CDC says the restriction will protect Americans from a new variant of the coronavirus recently disovered in the U.K.

In an effort to protect Americans, air travelers departing from Britain will need to test negative before they can board a plane to the U.S.

The CDC says, "This additional testing requirement will fortify our protection of the American public to improve their health and safety and ensure responsible international travel."

The U.K. recently reported cases of a new variant of the coronavirus that may be up to 70% more transmissible than others. It's unclear whether the new variant is already in the U.S., but health experts say there's no need to be especially alarmed even if it is.

Starting Monday, passengers from the U.K. will have to get tested within three days before their flight to the U.S. and provide proof of a negative result. Several countries have banned flights from the U.K.

"Every country has the right to make their own decisions," a person traveling from London said. "If they think is going to be for the safety of their citizens, then it is the right thing to do."

Travel to the U.S. from the U.K. has been reduced by about 90% since March, when President Donald Trump issued a proclamation to suspend the entry of foreign nationals who had recently visited the U.K.

There's potentially another new variant cropping up in Nigeria, but the U.S. has not issued any travel restrictions for that country.