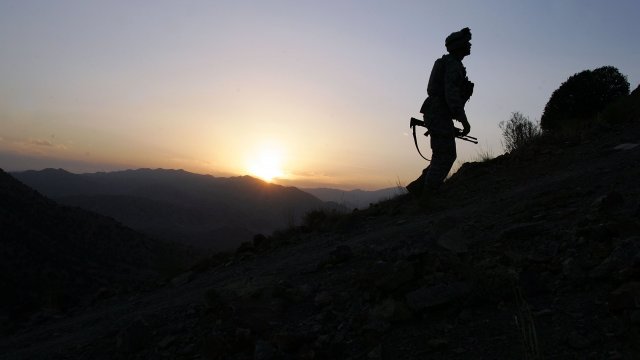 The U.S. has reportedly reached a truce with the Taliban in Afghanistan.

An anonymous senior U.S. official told The Associated Press Friday the agreement includes a weeklong "reduction in violence." After that, it calls for all-Afghan peace talks within 10 days.

The finer details of the deal are still unclear. But the official called it "very specific" and said it covers the entire country, including Afghan government forces. The truce is expected to take effect effect "very soon" and could kick-start the removal of U.S. troops from the country.

The news came just a day after Defense Secretary Mark Esper told reporters the U.S. and the Taliban had negotiated a proposal for the seven-day reduction in violence. He said allies were still thinking over the proposal and didn't provide any specifics.

Additional reporting by Matthew Lee and Kathy Gannon of the Associated Press.