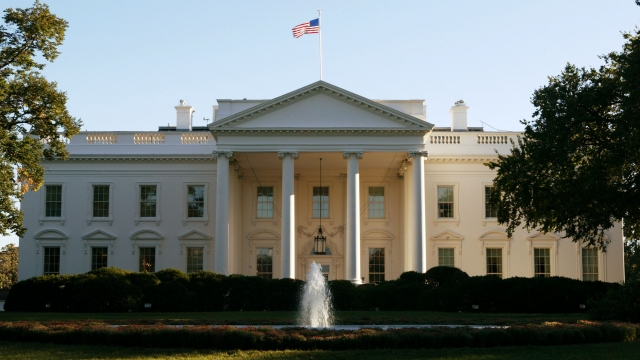 The Treasury Department formally removed China from its list of currency manipulators on Monday. The department's decision comes just two days before the U.S. and China are expected to sign phase one of the trade deal.

The Treasury Department made the announcement in its semiannual report. The report was supposed to be published last October.

In a statement, Treasury Secretary Steven Mnuchin said: "The Treasury Department has helped secure a significant Phase One agreement with China that will lead to greater economic growth and opportunity for American workers and businesses. China has made enforceable commitments to refrain from competitive devaluation while promoting transparency and accountability."

The department says China is now on a "monitoring list" for its currency practices. Nine other countries are on that list, including Germany and Ireland.

The U.S. labeled China as a currency manipulator in August after it allowed its currency to weaken when the U.S. imposed new tariffs. The move was largely symbolic, but it escalated trade tensions between the U.S. and China — the world's two largest economies. President Donald Trump and many lawmakers believe China uses this tactic to make its exports cheaper in the U.S.

The president urged Mnuchin to label China as a currency manipulator, even though it reportedly didn't meet the department's criteria. The last time the U.S. labeled China a manipulator was in 1994.

On Monday, Republican Sen. Rick Scott said on Twitter the U.S. shouldn't remove China from the list "just because we're negotiating a trade deal." He wrote: "They are a currency manipulator. Period. They're also human rights violators and the world['s] biggest polluters. We can't forget that."

President Trump and Chinese Vice Premier Liu He are supposed to sign phase one of the trade deal on Wednesday.