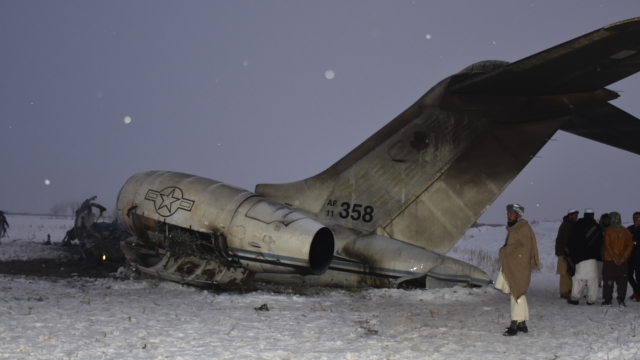 U.S. Forces in Afghanistan announced they had recovered the remains of two U.S. troops on Tuesday. They died in a plane crash in Ghanzi Province on Monday.

A government news release said a flight data recorder was recovered and that the crash is being investigated. But it noted "there are no indications the crash was caused by enemy fire."

Recovery efforts for the remains were stalled Monday evening due to poor weather and Taliban attacks, according to Ghanzi Gov. Wahidullah Kaleemzai. The news release said the remains were "treated with dignity and respect by the local Afghan community" in the meantime.

The U.S. Department of Defense had not yet identified the troops as of Tuesday afternoon.