U.S. Officially Pulls Out Of Paris Climate Accord 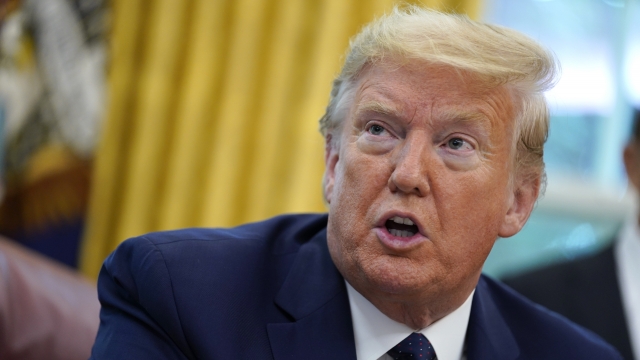 The U.S. has officially left the Paris Climate Accord Wednesday, making it the only country in the world to withdraw from the agreement.

The Paris climate agreement is a global effort to combat climate change by reducing greenhouse gas emissions. The goal is to reach net zero by 2050.

It's taken years to get to this point. The Trump administration has called the agreement “ineffective.” A campaign promise — President Trump announced in 2017 that he would withdraw the U.S from the Paris Climate Accord though he said he was open to renegotiating for better terms.

"The Paris Accord — I took us out because we were going to have to spend trillions of dollars," President Trump said. "And we were treated very unfairly. When they put us in there, they did us a great disservice. They were going to take away our businesses."

The withdrawal comes just a day after Election Day. Depending on what happens, the U.S. could rejoin the agreement. Joe Biden has pledged to rejoin the agreement if he wins. He's also proposed a $2 trillion climate plan that would invest in clean energy in different areas.

The U.S. has seen record-breaking wildfires, which experts say have only gotten worse because of climate change. It's also seen numerous hurricanes this year.

"Global warming is an existential threat to humanity," Biden said. "We have a moral obligation to deal with it. And we're told by all the leading scientists, we don't have much time. We're going to pass the point of no return within the next 8 to 10 years."