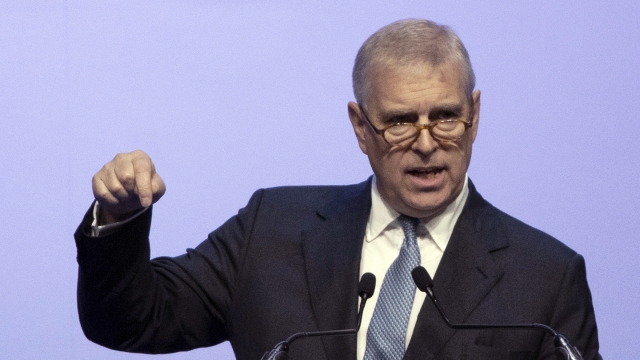 Federal prosecutors filed a mutual legal assistance treaty request to speak with Prince Andrew as part of ​their ongoing probe into Jeffrey Epstein.

The Justice Department has formally requested to interview Prince Andrew as part of its investigation into convicted sex offender Jeffrey Epstein.

According to multiple outlets, federal prosecutors in the Manhattan U.S. Attorney's Office filed a mutual legal assistance treaty request to the British government — which is similar to a subpoena — so that they may speak to the prince.

Andrew announced last year he was stepping back from his royal duties amid scrutiny of his previous relationship with Epstein and said he'd be "willing to help any appropriate law enforcement agency with their investigations." U.S. authorities said they've tried several times to get in contact with Andrew since, but that he "has provided zero cooperation" so far.

On Monday, the prince's legal team refuted the allegations, saying Andrew "has on at least three occasions this year offered his assistance as a witness to the DOJ." They alleged the Justice Department breached its own confidentiality rules in publicly accusing Andrew of not cooperating and accused the department of "seeking publicity rather than accepting the assistance proffered."

One of Epstein's accusers alleged in a 2015 court filing that Epstein forced her to have sex with men — including Andrew — while she was a minor. Andrew denied having ever met the woman during an interview with the BBC last year, and suggested a photo appearing to show the two of them together in 2001 may have been doctored.