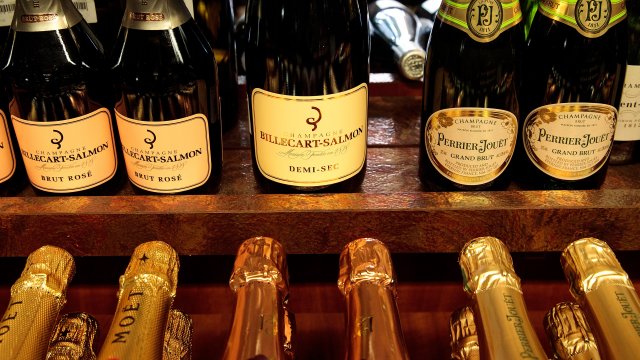 The point of contention is France's new digital service tax.

France is ready to retaliate against the United States, its finance minister saying in a radio interview Washington isn't a worthy ally. Trade tensions between the two countries escalated after U.S. Trade Rep. Robert Lighthizer announced potential tariffs on $2.4 billion worth of French goods.

Goods from champagne and cheese, to handbags and porcelain are caught in the crosshairs.

But the point of contention is over France's new digital service tax. Some quick facts:

It's a 3% tax on revenues rather than income.

It targets tech firms making over $850 million, generating at least $27 million in France.

It ensures firms pay taxes based on digital activity, not the location of the company's headquarters.

French President Emmanuel Macron signed off on the tax.

It's set to go into effect retroactively.

Lighthizer's office investigated the digital tax. It concluded the tax discriminates or imposes undue burdens on U.S. companies including the likes of Facebook, Google and Amazon.

The trade representative said the proposed tariffs are a counter to growing protectionism. While Washington prepares to vote on whether or not to implement the tariffs, other EU countries aren't in the clear.