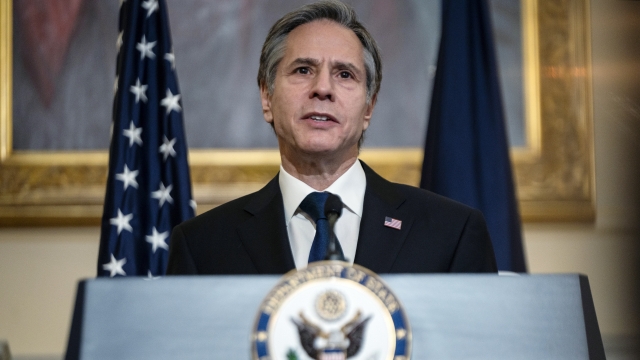 SMS
U.S. Proposes Peace Agreement For Afghan Government
By Newsy Staff
By Newsy Staff
March 9, 2021
The proposal would have the Afghanistan enter into an interim power sharing government with the Taliban.
SHOW TRANSCRIPT

The U.S. has proposed a peace agreement for Afghanistan to enter an interim power-sharing government with the Taliban.

The Biden administration hopes the proposal is a jump-start for negotiations.

The agreement includes a cease-fire and protections for women's rights, children and minorities.

Secretary of State Antony Blinken wrote the letter and said withdrawing troops from the region on May 1 is still on the table.