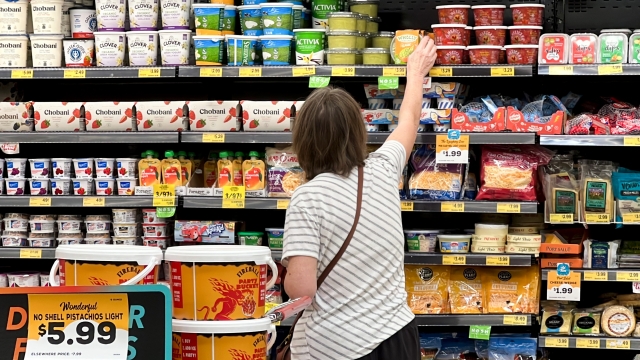 New economic data from the Labor Department will likely lead to another interest rate hike by the Federal Reserve in November.

Inflation at the wholesale level rose 8.5% in September from a year earlier, the third straight decline though costs remain at painfully high levels.

Wednesday’s report from the Labor Department also showed that the producer price index — which measures price changes before they reach the consumer — rose 0.4% in September from August, after two months of declines.

The larger-than-expected monthly increase in overall wholesale prices suggests inflation pressures are still strong in the U.S. economy, with the Federal Reserve likely to continue its rapid pace of interest rate hikes at its next meeting in November.

Wholesale gas costs fell last month, but will likely reverse in the coming months now that oil prices are rising again in the wake of planned production cuts by many oil exporting nations. Grocery bills are rising at their fastest pace in decades, and prices at the gas pump are rising again, squeezing consumers' budgets.

Excluding the volatile food and energy categories, core prices rose 0.3% in September from August for the third straight month, and 7.2% compared with a year earlier.

Democratic candidates are facing relentless criticism from Republicans who want to make the election a referendum on the president's performance.

Services prices — including health care, lodging, and shipping — rose 0.4% in September, the most in three months. Federal Reserve officials have recently cited rising services prices as a source of concern, because they can take longer to reverse since they mostly reflect the impact of rising wages.

Stubbornly-high inflation is draining Americans' bank accounts, frustrating small businesses and raising alarm bells at the Federal Reserve. It is also causing political headaches for President Joe Biden and congressional Democrats, most of whom will face voters in mid-term elections in less than a month.

The Fed has boosted its benchmark short-term interest rate by three percentage points since March to combat rising prices. It's the fastest pace of rate hikes since the early 1980s. Higher rates are intended to cool consumer and business borrowing and spending and bring down inflation..

Wednesday’s producer price data captures inflation at an earlier stage of production and can often signal where consumer prices are headed. It also feeds into the Fed’s preferred measure of inflation, which is called the personal consumption expenditures price index.