U.S. Prepares To Pull Thousands Of Troops Out Of Afghanistan 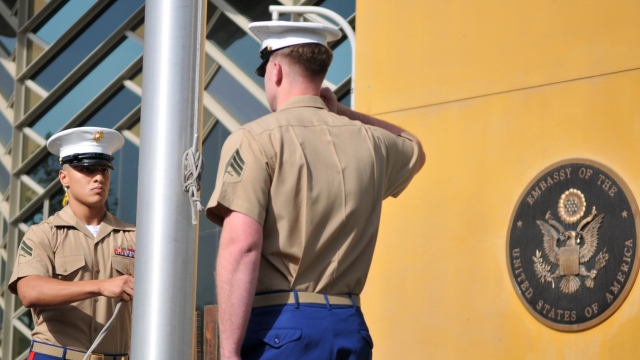 SMS
U.S. Prepares To Pull Thousands Of Troops Out Of Afghanistan
By LeeAnne Lowry
By LeeAnne Lowry
August 2, 2019
The U.S. also plans to cut the number of embassy personnel in half by the end of September.
SHOW TRANSCRIPT

The Trump administration is preparing to pull thousands of troops out of Afghanistan if a peace deal is reached with the Taliban. Sources told U.S. media that the number of soldiers would be reduced from 14,000 to 8,000 or 9,000.

The government will also scale back the U.S. embassy in Afghanistan. Sources told CNN that the plan is to close some facilities and cut the number of embassy personnel in half by the end of September.

U.S. Secretary of State Mike Pompeo sent two representatives to Afghanistan to negotiate the details of this agreement last week. The deal would require concessions from the Taliban, including a cease-fire and a promise to start direct negotiations with Kabul to end the Afghan War. It's been the longest U.S. war.

The Afghan War started after members associated with al-Qaeda staged the Sept. 11, 2001 attacks. The Taliban harbored members of the terror group in Afghanistan. Part of the withdrawal deal asks that the Taliban renounce al-Qaeda.