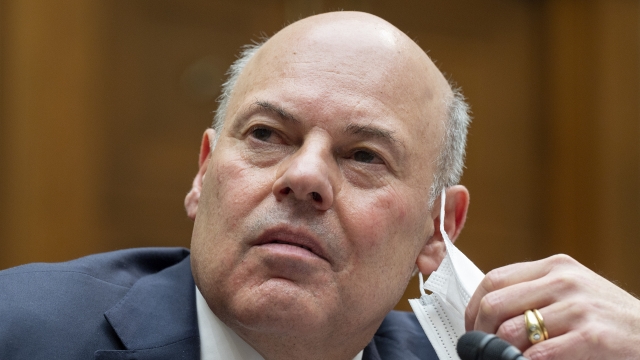 A Trump-era appointee, DeJoy became a political lightning rod during the 2020 elections as changes he made to the Postal Service slowed delivery times during a key period when voters were trying to mail in their ballots. President Biden is replacing two of DeJoy's backers on the board, chair Ron Bloom and John Barger. However, the president would likely have to make additional appointments as terms expire in order for the board to replace DeJoy, since the board is responsible for choosing the postmaster general.

Newsy reported last year that DeJoy has held significant financial stakes in companies that both do business and compete with the Postal Service, something critics argue could present a conflict of interest. DeJoy has disputed claims about conflicts of interest, saying in a statement last year that he takes his ethical obligations seriously and "will remain in compliance with those obligations."

The president is nominating Daniel Tangherlini and Derek Kan to the board. Up to nine governors appointed by the president and confirmed by the Senate can serve on the board. And to give the board joint partisan representation, only five governors can belong to the same political party.

Tangherlini works as the managing director of the Emerson Collective, a private philanthropic firm. He served as the administrator of the General Services Administration during the Obama presidency and as the chief financial officer of the Treasury Department.

Kan is an executive at Deliverr, an ecommerce fulfillment startup. During the Trump presidency, he was the deputy director of the Office of Management and Budget and served as the under secretary for policy at the Transportation Department. He also worked as a policy adviser to Senate Republican Leader Mitch McConnell.