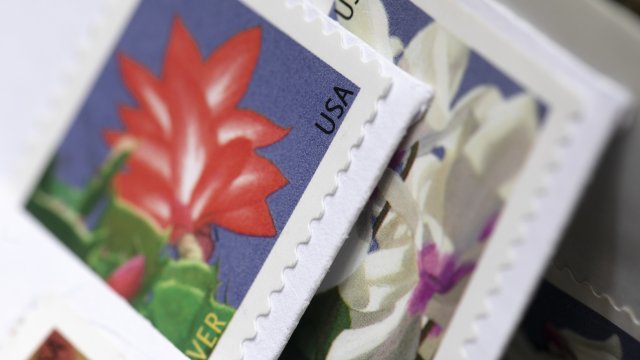 The U.S. Postal Service wants to raise rates on first-class stamps from 55 cents to 58 cents.

The move is part of a host of price hikes and service changes designed to reduce debt for the agency.

The Postal Regulatory Commission filed the request for the changes, which would take effect August 29.

The changes include an increase in price for first-class mail, magazines and marketing mailers, which is part of Postmaster General Louis DeJoy's 10-year plan for the agency.

The Washington Post reports it also aims to lay off hundreds of management-level employees.

The USPS faces an estimated $160 billion in operating losses over the next decade.