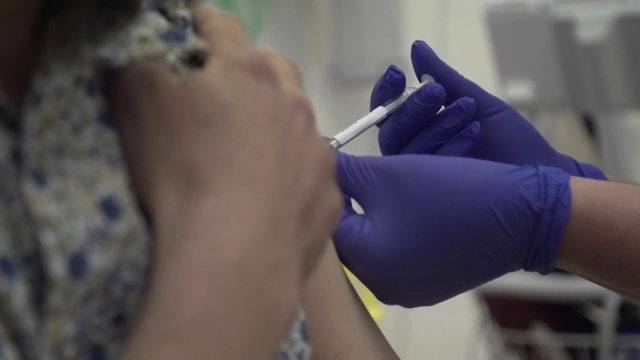 As the race for a COVID-19 vaccine continues, the U.S. has pledged $1.2 billion to British drugmaker AstraZeneca to obtain 300 million experimental vaccine doses.

AstraZeneca says it has confidence in the vaccine's capabilities and that all 300 million doses should arrive by December or January.

"We are confident there's good reasons for it to work and that's why we are committing ourselves to it and moving so fast, but it has to work," AstraZeneca CEO Pascal Soriot said.

In a statement Thursday, U.S. Health and Human Services Secretary Alex Azar said, "This contract with AstraZeneca is a major milestone in Operation Warp Speed’s work toward a safe, effective, widely available vaccine by 2021."

The U.S. Department of Health and Human Services says phase three of clinical studies on the vaccine this summer will include 30,000 volunteers in the U.S.