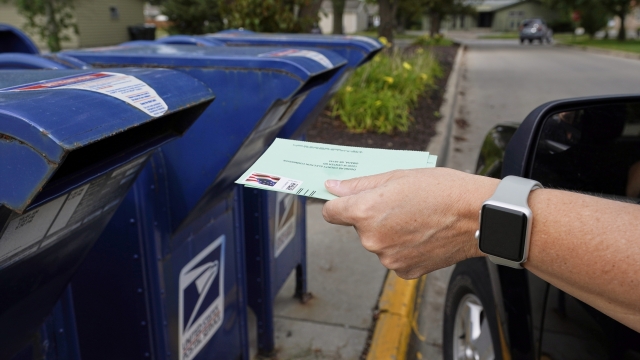 The U.S. Postal Service was unable to meet a court order from a federal judge to check for hundreds of thousands of missing ballots across the country.

On Tuesday morning, the agency said it was unable to verify whether 300,523 ballots were delivered to polls.

U.S. District Judge Emmet G. Sullivan ordered the agency to check mail processing facilities in 15 states and give the "all clear" by 3:30pm so that ballots could be delivered before the polls closed on Election Day.

But just before 5 p.m., the Justice Department responded on behalf of the U.S. Postal Service. It said the agency would follow its own inspection schedule instead. The postal service said it had already scheduled a daily review from 4 to 8 p.m. on election night and that accelerating the process to run from 12:30 pm to 3:00 pm would "significantly" disrupt its schedule for Election Day.

Judge Sullivan accepted the agency’s response but set a Wednesday hearing "to discuss the apparent lack of compliance with the court’s order."