U.S. Orders Troops Out Of Northern Syria Amidst Growing Conflict 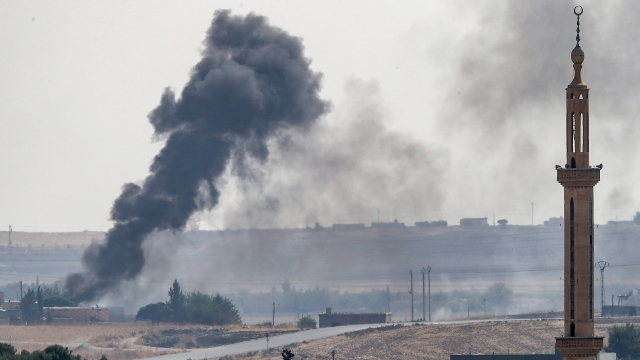 Esper made the announcement on "Fox News Sunday" and CBS' "Face the Nation." He said he spoke with President Donald Trump Saturday night, who directed that the U.S. start a "deliberate withdrawal of forces from northern Syria."

Esper didn't provide an exact number of the troops being pulled out of the region, saying it was "less than 1,000." For context, there are about 1,000 U.S. troops in Syria and most of them are in the northern part of the country. One U.S. official told Fox News the forces wouldn't be leaving the country entirely but moving south. The defense secretary didn't provide a timeline for the withdrawal, though another U.S. official has said it could be weeks.

Let's take a quick step back. Turkey launched an offensive against the Kurds in northern Syria Wednesday, not long after the U.S. said it wouldn't be involved in the conflict. The announcement received major backlash from U.S. lawmakers who fear that letting Turkey attack Kurdish forces could send a poor message to American allies.

While the U.S. is withdrawing its troops in northern Syria, President Trump announced Saturday that the country released $50 million in stabilization assistance for Syria to "protect persecuted ethnic and religious minorities, and advance human rights."