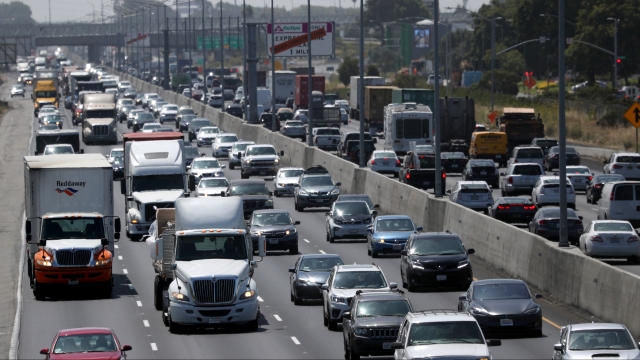 The Justice Department is reportedly investigating whether an emissions deal struck between four automakers and California earlier this year violates antitrust law.

According to The Wall Street Journal, investigators are looking into whether BMW, Ford, Honda and Volkswagen engaged in anticompetitive behavior when they agreed to follow California's fuel economy standards instead of the standards proposed by the Trump administration. Under the deal, the automakers would have to deliver a series of cars that average more than 50 mpg by 2026. The Trump administration's plan, on the other hand, would put those standards at around 37 mpg for cars after 2020.

The DOJ's concerns seemingly stems from the fact that the companies independently negotiated with one another when agreeing to the deal. That could be taken as an agreement among them to not compete, hence limiting competition. The DOJ has reportedly sent letters to the automakers to let them know about its preliminary inquiry and to request information. Meanwhile, the EPA and Transportation Department sent a letter to California warning the state could face "legal consequences" if it didn't abandon the agreement. It added that "Congress has squarely vested the authority to set fuel economy standards for new motor vehicles, and nationwide standards for GHG vehicle emissions, with the Federal government, not with California or any other State."

In response, California Gov. Gavin Newsom tweeted Friday: "If [President Donald Trump] wants to: Cost the US $400B, force us to consume 320 billion more gallons of oil, make consumers pay more at the pump, degrade our air, [and] risk our health all to force a deal carmakers don't even want? Fine. Then we'll see him in court."