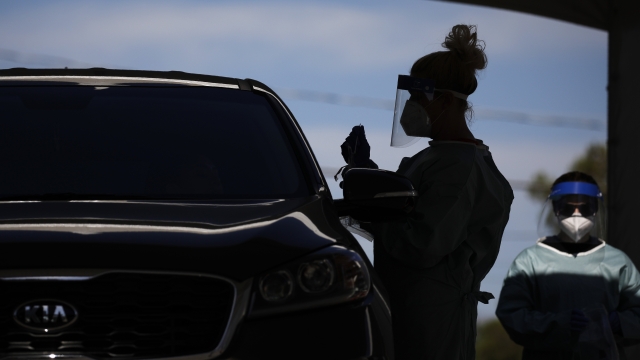 Anonymous government officials told The Associated Press and The New York Times that the Russian government has been using English-language websites to spread disinformation about the coronavirus pandemic in the U.S.

The officials said Russian intelligence services used websites to push the disinformation in an effort to mislead the American public. They specifically said three websites — InfoRos.ru, Infobrics.org and OneWorld.press — have ties to Russia's military intelligence service known as the GRU. Those sites published around 150 articles about the pandemic between late May and early July. The officials said many of the pieces either praised Russia's handling of the virus or were critical of the U.S.'s response.

A Kremlin spokesperson denied the allegations Wednesday, saying Russia is "going through this difficult time better than many other countries, albeit not without problems." He said news outlets say the U.S. is experiencing "considerable problems ... during this period. So in this case if anyone talks about some kind of disinformation, it is some kind of persistent phobia, and there is no need to blame the objective and quality work of the media."