Washington Says Iran May Have Killed Over 1,000 Iranians Amid Protests 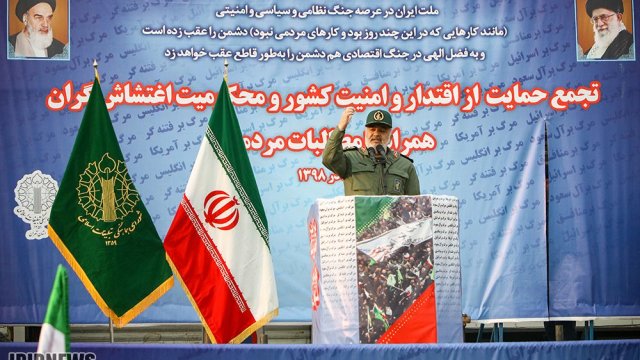 Iranians have protested against the regime's decision to raise gas prices by as much as 300% since November 15.

"The truth is trickling out of Iran, it appears the regime could have murdered over a thousand Iranian citizens since the protests began," U.S. Special Representative for Iran Brian Hook said.

Iran is potentially committing atrocities against its own people, who since November have protested against the regime's decision to raise gas prices by as much as 300%.

"America will always stand with the Iranian people in their righteous struggle for freedom. They're not being treated properly," President Trump said.

Iran's regime has since shut down the internet and blocked the majority of foreign media, making evidence of violence between the Islamic Revolutionary Guard Corps, a U.S.-recognized foreign terrorist organization, and protesters hard to come by. But Hook described one incident.

"The IRGC tracked them down and surrounded them with machine guns mounted on trucks.  They then sprayed the protesters with bullets. Between the rounds of machine gun fire, the screams of the victims can be heard. When it was over, the regime loaded the bodies into trucks. We do not yet know where these bodies went," Hook said.

The Iranian people have helped shed light on the violence after a request from Secretary of State Mike Pompeo.

He tweeted, asking the Iranian people to send videos, photos and information documenting the regime's crackdown.

Hook said over 32,000 Iranians have sent information to the State Department.

Hook went on to say thousands of Iranians have been wounded, and at least 7,000 protesters have been detained in Iran’s prisons. Washington has called for the immediate release of all protesters and political prisoners.