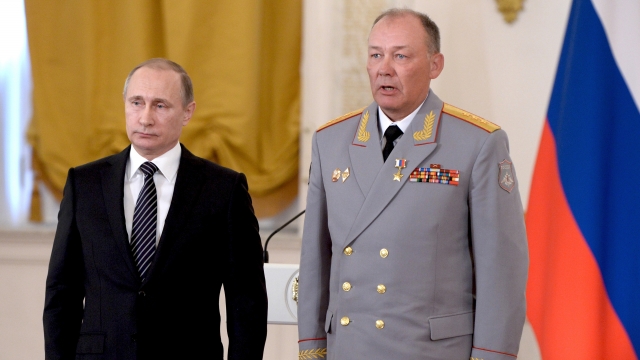 Russia has turned to Gen. Alexander Dvornikov, 60, one of Russia's most experienced military officers and — according to U.S. officials — a general with a record of brutality against civilians in Syria and other war theaters. The senior official who identified the new commander was not authorized to be identified and spoke on condition of anonymity.

But the White House national security adviser, Jake Sullivan, said "no appointment of any general can erase the fact that Russia has already faced a strategic failure in Ukraine."

"This general will just be another author of crimes and brutality against Ukrainian civilians," Sullivan told CNN's "State of the Union." "And the United States, as I said before, is determined to do all that we can to support Ukrainians as they resist him and they resist the forces that he commands."

The decision to establish new battlefield leadership comes as Russia gears up for what is expected to be a large and more focused push to expand Russian control in the Donbas and follows a failed opening bid to conquer Kyiv, the capital.

Dvornikov gained prominence while leading the Russian group of forces in Syria, where Moscow has waged a military campaign since 2015 to shore up President Bashar Assad's regime during a devastating civil war.

Dvornikov is a career military officer and has steadily risen through the ranks after starting as a platoon commander in 1982. He fought during the second war in Chechnya and took several top positions before being placed in charge of the Russian troops in Syria in 2015.

In 2016, Putin awarded Dvornikov the Hero of Russia medal, one of the country's highest awards. Dvornikov has served as the commander of the Southern Military District since 2016.

Sullivan described the general as having a record of brutality against civilians in Syria and said "we can expect more of the same in this theater." But he stressed that the U.S. strategy remains the same in providing Ukraine the military and logistical support it needs.