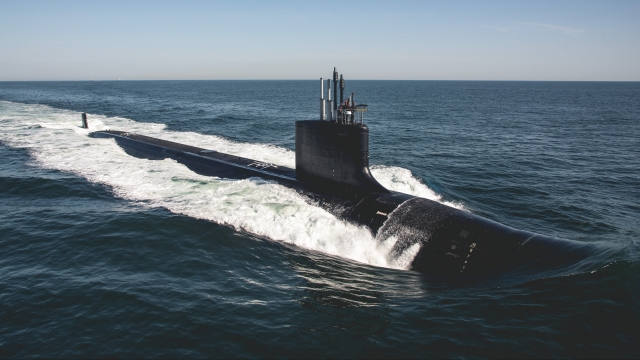 The U.S. Navy has awarded a $22.2 billion contract to build nine state-of-the-art nuclear-powered submarines over the next decade.

The addition of the new vessels will expand the Navy's fleet and replace some subs that entered the fleet nearly 50 years ago.

This naval buildup of Virginia class-attack submarines comes months after the U.S. Navy warned of Chinese naval expansion in the Pacific.

Historically, western navies have been technologically ahead of eastern ones. But the head of U.S. Indo-Pacific Command in Hawaii told Congress that China, Russia and North Korea have increased submarine activity threefold since 2008.

The program executive officer for submarines, Rear Adm. David Goggins, said the new craft represent "a generational leap in submarine capability for the Navy. These design changes will enable the fleet to maintain our nation's undersea dominance."

These new subs will feature some pivotal upgrades. Eight of them will include a roughly 80-foot expansion that will let them carry 40 Tomahawk missiles. The current ships can only hold 12.