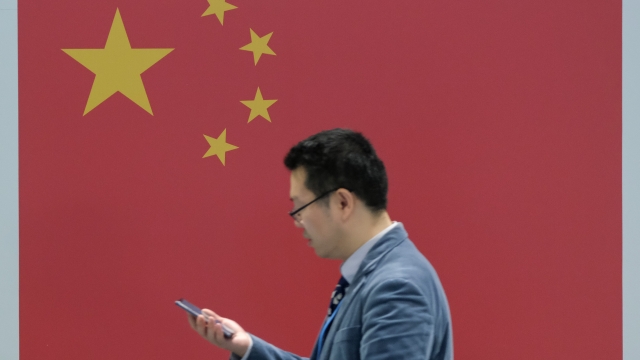 SMS
U.S. Designates Five Chinese Media Outlets As Foreign Missions
By Meg Hilling
By Meg Hilling
February 19, 2020
The designation means the U.S. has identified the outlets as being "substantially owned or effectively controlled by a foreign government."
SHOW TRANSCRIPT

The U.S. State Department says it's designating five Chinese media outlets as foreign missions because of their ties to the Chinese government.

Under the Foreign Missions Act, the designation means that the U.S. government has identified the outlets as being either "substantially owned or effectively controlled by a foreign government." The act regulates the activities of foreign missions in the U.S. to protect national security.

The State Department says this move comes as the Chinese government has expanded overseas media operations, including in the U.S.

Following this announcement Tuesday, China’s Foreign Ministry says it's canceling the visas of three reporters from The Wall Street Journal over a headline it says was racist. The headline was part of an opinion piece regarding the coronavirus outbreak at the beginning of February.