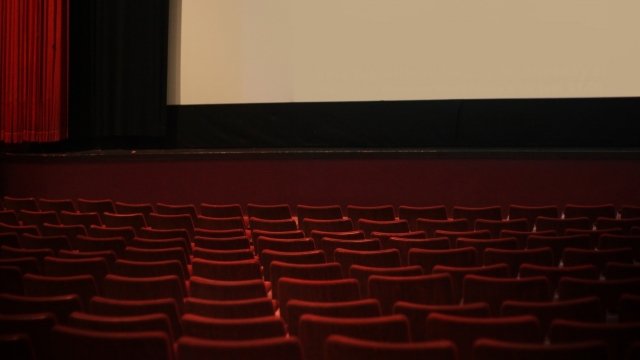 SMS
U.S. Movie Theaters Are Facing An Uncertain Future
By Casey Mendoza
By Casey Mendoza
March 17, 2020
More than 3,000 of the country's movie theaters are shutting down in an effort to quell the spread of the coronavirus.
SHOW TRANSCRIPT

More than 3,000 of the country's movie theaters are shutting down in an effort to quell the spread of the coronavirus pandemic, but the effects of the closures could last longer than the quarantine.

On Monday, Regal Cinemas was the first big chain to shut down, closing more than 500 theaters in the United States until further notice. Several other companies followed that decision, including Alamo Drafthouse Cinema, Landmark Theatres and AMC Theatres, the largest cinema chain in the world.

Feeling the gravity of the situation, Alamo Drafthouse said: "When we re-open after this unprecedented and indefinite hiatus, it will be in a dramatically altered world, and in an industry that's been shaken to its core."

The weekend before the announcements, Disney and Pixar's "Onward" fell at the box office by an unprecedented 73%. All upcoming wide releases are postponed until April — but even that's uncertain.

To make up for lost revenue, some distributors like Universal Pictures and DreamWorks Animation are rerouting their releases to streaming. Decisions like that have been in the works for the past couple weeks, with entertainment companies pushing their live marketing and screening events to streaming as well.

That doesn't bode well for movie theaters in the short or long term, and some media analysts are already predicting that many cinema chains "will be in bankruptcy by the end of the year."

The National Association of Theatre Owners is more optimistic about its industry. The organization said on Tuesday: "No one can precisely predict when public life will return to normal, but it will return. … When this crisis passes and people return to their hard-wired social nature, movie theaters will be there for them as they have always been, with a full slate of movies far into the future."