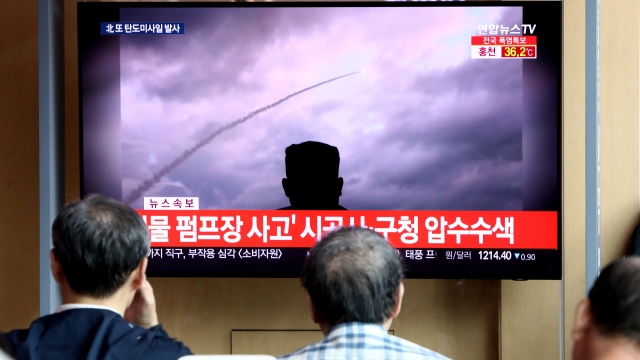 SMS
U.S. Monitoring North Korea After Country's Threat Of 'Christmas Gift'
By LeeAnne Lowry
By LeeAnne Lowry
December 21, 2019
After nuclear talks resumed and failed in October, the North set an end-of-the-year deadline for the U.S. to prepare a better offer.
SHOW TRANSCRIPT

The U.S. is keeping a close eye on North Korea as Christmas draws closer, watching for signs of a missile launch following the country's vague promise of a "Christmas present."

Negotiations broke down in February when President Trump and North Korean leader Kim Jong-un were unable to reach a deal over nuclear disarmament in exchange for U.S. sanctions relief. Pyongyang has since restarted ballistic missile tests. After talks failed again in October, the North set an end-of-the-year deadline for the U.S. to prepare a better offer.

On Friday, the chairman of the U.S. Joint Chiefs of Staff said the U.S., South Korea and Japan "always maintain very high levels of readiness" to defend against an attack from North Korea.

According to the New York Times, the Trump administration plans to seek increased United Nations sanctions against North Korea if it resumes testing. However, the report said, the administration has no plans to shoot down missiles or destroy them before launch.