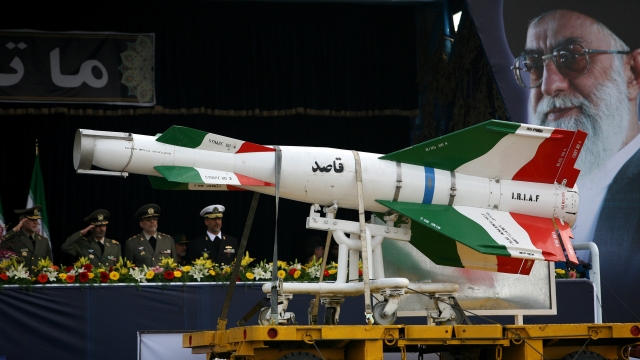 U.S. military and intelligence officials say Iran is stashing an arsenal of missiles in neighboring Iraq. The New York Times reports that those officials believe Iran is using supportive networks of Shia militia to ferry weapons, including short-range ballistic missiles, to hidden locations in Iraq.

CNN additionally reports that American intelligence agencies have tracked some of the weapons shipments out of fear that the Iranian-backed militias could use them against U.S. forces. However, officials told the network that it's unlikely that Iran is preparing for a military clash with the U.S.

More likely, they say, it's a strategic maneuver against regional foes, namely Saudi Arabia, as well as a potential effort to dissuade U.S. or Israeli attacks on weapons facilities in Iran. Last year, Israel launched an airstrike in Iraq against a suspected Iranian weapons site in the nearby country.

The Iranian moves have accelerated U.S. efforts to counter potential aggression. The Trump administration has sent some 14,000 additional troops to the region since May.

On Wednesday, the Pentagon announced that a U.S. Navy destroyer intercepted a ship in the Arabian sea that was carrying advanced missile components. Officials said they believed the weapons were bound from Iran to Iranian-backed Houthi rebels fighting Saudi-backed forces in Yemen.

In September, the Houthis claimed credit for launching drone attacks against a major oil processing plant in Saudi Arabia, 500 miles from the Yemeni border. Saudi and U.S. officials blamed the attacks on Iran.