U.S. Midterm Elections: The Women Who Made History 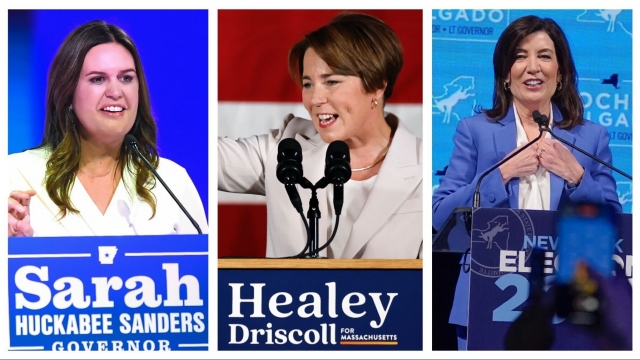 While the 20222 midterm elections results are still rolling in, some candidates from both parties are celebrating historic wins.

Though the vast majority of candidates who were running for office this year were men, so far, four women have made headlines in Alabama, Arkansas, Massachusetts and New York.

Overall, 25 women were nominated for governor by the two major parties (Democratic and Republican), a 56.3% increase from 16 in 2018, a historical record, according to the Center for American Women and Politics.

And while a record number of women were nominees for governor and state legislatures, new records were not set for women nominees for the House or the Senate in 2022, the CAWP noted.

Republican Katie Britt has become the first woman elected to the U.S Senate from Alabama as she captured the seat held by retiring GOP Sen. Richard Shelby.

Britt faced Democratic nominee Will Boyd, a pastor, and Libertarian John Sophocleus, an economics instructor, in Tuesday’s race for the rare open Senate seat in Alabama.

Shelby, 88, is retiring after serving six terms in the U.S. Senate. Britt is Shelby’s former chief of staff and the former leader of the Business Council of Alabama, a business lobby.

“Tonight, parents, families and hard-working Alabamians across the state let their voices be heard. We said loud and clear this is our time,” Britt told supporters at her victory party Tuesday in downtown Montgomery.

Former White House press secretary Sarah Huckabee Sanders has been elected Arkansas governor and will be the first woman to lead the state.

Sanders on Tuesday defeated Democratic nominee Chris Jones in the race for governor in her predominantly Republican home state. Sanders will succeed fellow Republican Gov. Asa Hutchinson, who is barred by term limits from seeking reelection.

Sanders shattered fundraising records in her bid for governor and campaigned primarily on national issues.

She’s vowed to use the office to fight President Joe Biden’s agenda. She becomes the highest-profile former Trump official elected to office.

“This election is about taking Arkansas to the top," Sanders told her supporters. “I know that Arkansas can be first, and I'm committed to being the leader who takes us there." 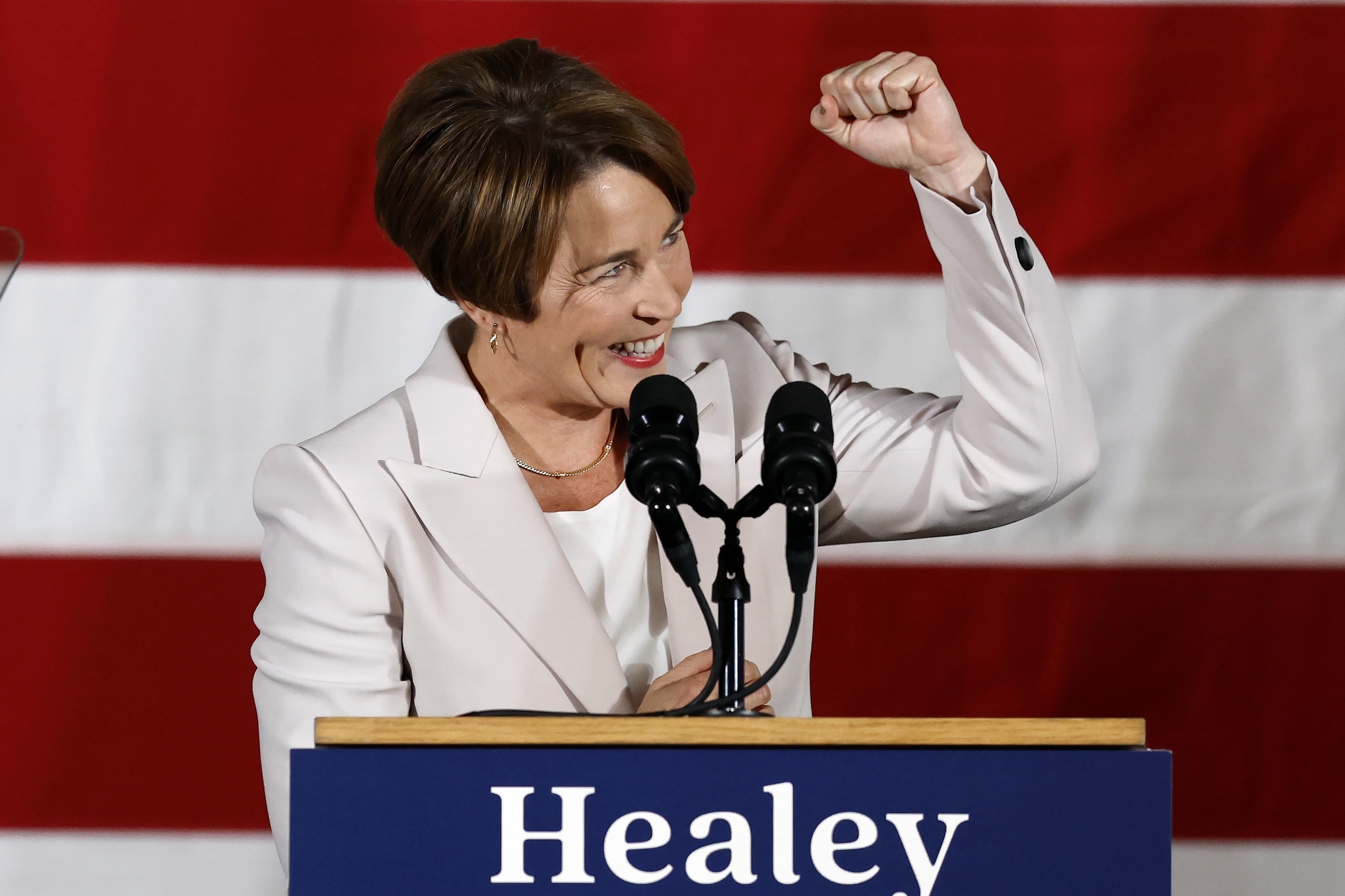 Democratic Attorney General Maura Healey has been elected governor of Massachusetts, making history as the nation’s first openly lesbian governor and the state’s first woman and openly gay candidate elected to the office.

Healey defeated Republican candidate Geoff Diehl, a former state representative who had the endorsement of former President Donald Trump. The victory returns the Massachusetts governor’s office to Democratic hands. The seat has been held for eight years by Republican Gov. Charlie Baker, who didn’t seek reelection.

During the campaign, Healey said she would protect “access to safe and legal abortion in Massachusetts” in the wake of the Supreme Court’s decision overturning Roe v. Wade.

“Tonight I want to say something to every little girl and every young LGBTQ person out there. I hope tonight shows you that you can be whatever, whoever you want to be and nothing and no one can ever get in your way except you own imagination and that’s not going to happen.” Healey said on the historic nature of her win.

She defeated Republican congressman Lee Zeldin, an ally of Donald Trump who ran a campaign focused on rising violent crime.

Hochul had been expected to win but Zeldin made the race competitive in the final weeks.

Hochul sought to portray herself as a defender of abortion rights and Zeldin as too “extreme and dangerous” because of his ties to Trump and his vote against certifying the 2020 election results.

“Tonight you made your voices heard loud and clear. And, and you made me the first woman ever elected to be the governor of the state of New York. But I’m not here to make history, I’m here to make a difference," Hochul told supporters Tuesday night.