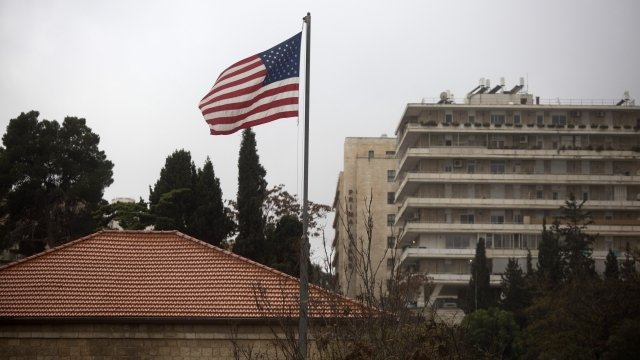 By Sebastián Martínez Valdivia
October 18, 2018
While the secretary of state says the merger will boost efficiencies, Palestinians see it as another slight against them.
SHOW TRANSCRIPT

The U.S. is merging a consulate in Jerusalem that primarily served Palestinians into its newly-established embassy in the city.

In a press release Thursday, Secretary of State Mike Pompeo announced the diplomatic mission will now be under the authority of the U.S. embassy to Israel.

Palestinian officials have strongly criticized the move as the latest in a series of U.S. actions targeting Palestinians. Last year, President Donald Trump recognized Jerusalem as Israel's capital and moved the embassy this past May, breaking with decades of precedent. Palestinians view Jerusalem as the capital of their future state.

The Trump administration has also cut funding to Palestinian refugees, and announced it would close the Palestinian diplomatic mission in D.C.