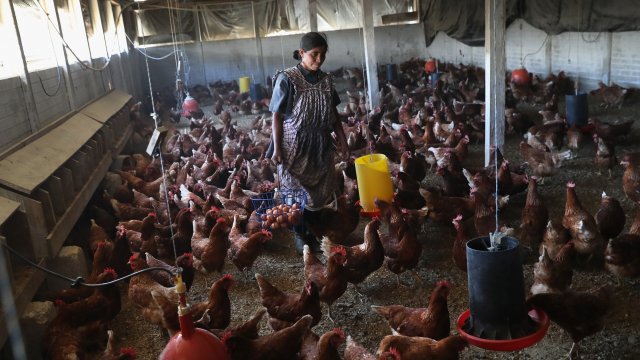 The U.S. is considering ways to sweeten an asylum deal with Guatemala. One idea includes expanding the number of farm visas it will offer to Guatemalans.

Reuters says Special Assistant to the President Mauricio Claver-Carone floated the plan in front of reporters Monday. He said the U.S. could triple the number of H-2A visas.

The U.S. government issued H-2A visas to 3,800 Guatemalans last year. Those visas are given to people assigned to do temporary farm work in the U.S.

The asylum deal tied to all this is the Safe Third Country agreement, aimed at cutting down asylum claims in the U.S. It requires Central American migrants to apply for asylum protections in Guatemala before going to the U.S.

Guatemala signed that agreement last month, under outgoing president Jimmy Morales. However, the incoming president, Alejandro Giammattei, said his country does not have the resources to implement the agreement and says Guatemala's legislature still has to approve it.

Claver-Carone didn't provide more details of this visa proposal. But the idea falls in line with recent public statements from the U.S. and Guatemalan governments. The two sides recently signed a cooperative agreement to streamline the visa process. Agriculture Secretary Sonny Perdue recently said the U.S. will work with Guatemala to "add a qualified pool of workers to the H-2A visa program."