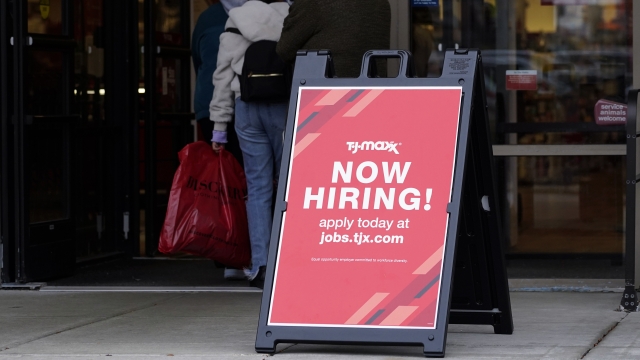 SMS
U.S. Jobless Claims Rise But Still Historically Low
By Associated Press
By Associated Press
December 16, 2021
The four-week jobless claims average fell by 16,000 to less than 204,000, the lowest level since November 1969 according to the Department of Labor.

The number of Americans applying for unemployment benefits rose last week despite signs that the U.S. labor market is rebounding from last year's coronavirus recession.

Jobless claims rose by 18,000 to a 206,000, still low by historical standards. The four-week average, which smooths out week-to-week volatility, fell by 16,000 to less than 204,000, the lowest level since mid-November 1969, according to Department of Labor figures released Thursday.

Altogether, 1.8 million Americans were receiving traditional jobless benefits the week that ended Dec. 4, down by 154,000 from the previous week.

Weekly claims, which are a proxy for layoffs, have fallen steadily most of the year since topping 900,000 one week in early January. They are now below to the 220,000-a-week level typical before the coronavirus pandemic slammed the U.S. economy in March 2020; COVID-19 forced consumers to stay home as health precaution and businesses to close or reduce hours and to lay off staff. In March and April last year, employers shed a staggering 22.4 million jobs.

Massive government aid and the rollout of vaccines helped revive the economy and the job market by giving Americans the confidence and savings to go on a shopping spree, often online, for goods such as lawn furniture and coffee makers. Since April last year, the United States has regained nearly 18.5 million jobs. But the economy is still 3.9 million jobs short of where it stood in February 2020, and COVID variants like omicron pose a risk to the recovery.

Employers added a disappointing 210,000 jobs last month. But the November jobs report also showed that the unemployment rate dropped to a pandemic low of 4.2% from 4.6% in October.

Businesses and other employers posted a near-record 11 million job openings in October. And 4.2 million people quit their jobs — just off the September record of 4.4 million — a sign that they are confident enough in their prospects to look for something better.

"Demand for labor is very strong and workers are in short supply, so layoffs are very low," Gus Faucher, chief economist at PNC Financial Services Group, said in a research note. "Those workers who do find themselves unemployed can quickly find new jobs. The biggest problem for the labor market right now is too few workers."