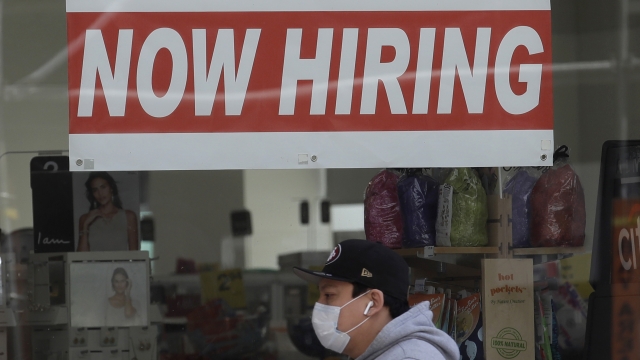 SMS
U.S. Job Market Shows A Sign Of Hope
By Newsy Staff
By Newsy Staff
November 12, 2020
The number of new claims for unemployments benefits has dropped to its lowest figure since March when much of the economy was shut down.
SHOW TRANSCRIPT

709,000 Americans applied for unemployment benefits last week – the lowest number since the pandemic began in March. That’s also down from 757,000 the week before.

According to the Labor Department, 6.8 million people are receiving unemployment benefits – down from 7.2 million.

The number of unemployment applications fell in 29 states last week.

But economists say colder weather and new restrictions on businesses like bars and restaurants could cause employers to make cuts.