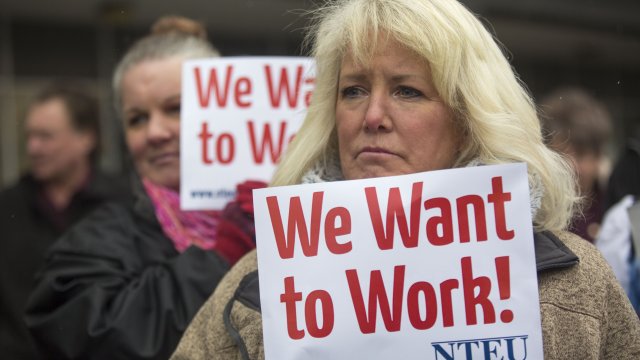 According to the Labor Department's latest jobs report released Friday, the nation added 304,000 jobs. There was also a slight increase in wages.

The jobless rate rose from 3.9 percent to 4.0 percent. The department credits the shutdown for the small uptick in unemployment.

With the shutdown also came a rise in temporary layoffs. The Labor Department says that increased by 175,000 people and included some furloughed federal employees.

The department also tweaked some numbers from December's report. The job growth that month from was revised down from 312,000 to 222,000.