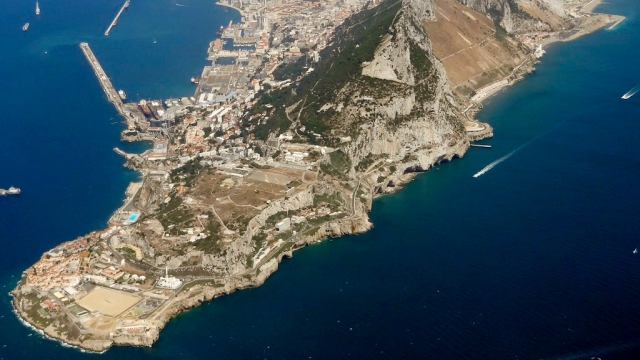 SMS
U.S. Issues Warrant To Seize Iranian Tanker Held In Gibraltar
By LeeAnne Lowry
By LeeAnne Lowry
August 17, 2019
Gibraltar's chief minister allowed the release of the tanker because he was "satisfied that the oil tanker is no longer heading for Syria."
SHOW TRANSCRIPT

The U.S. Justice Department unsealed a warrant late Friday to seize an Iranian oil tanker. The tanker had been granted release from Gibraltar the day before, despite the U.S. asking the British territory to hold the ship.

The U.S. warrant is based on allegations that the Islamic Revolutionary Guard Corps "scheme[d] to unlawfully access the U.S. financial system to support illicit shipments" from Iran to Syria.

In July, British Royal Marines, police and customs agents seized the tanker on suspicion it was carrying Iranian crude oil to Syria, which is a violation of EU sanctions against the Syrian government.

According to Reuters, Gibraltar's chief minister said the tanker was released Thursday because he was "satisfied that the oil tanker is no longer heading for Syria." But, the ship's still docked in Gibraltar while it waits for repairs and a new crew, after the ship's current captain asked to be replaced.

The U.S. unsuccessfully requested to block the ship's release. Iran's foreign minister called it an attempt to "abuse the legal system to steal our property on the high seas."