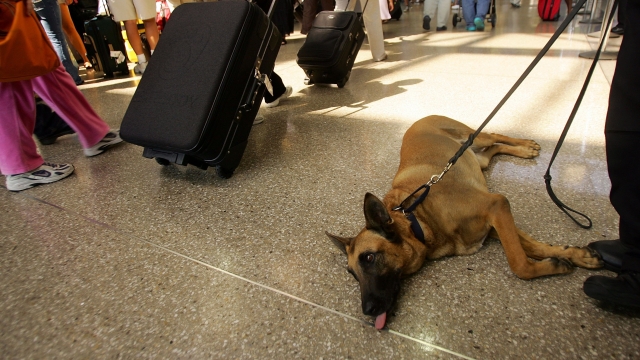 The Department of Transportation has announced how it will enforce rules governing animals on planes.

On Thursday, the Transportation Department issued a Final Statement of Enforcement Priorities Regarding Service Animals to provide "greater clarity to passengers, airlines, and other stakeholders" about existing rules. In its statement, the department says airlines can no longer ban specific breeds of cats or dogs, but can still decide on a case-by-case basis if an animal is safe to travel. It also says airlines can still require advance notice if passengers plan to bring an emotional support animal, but cannot do the same for passengers with traditional service animals, such as guide dogs for the blind.

The Transportation Department plans to publish its guidelines next week, and airlines will have 30 days after that to comply.

Last year, Delta Air Lines announced it would no longer accept "pit bull type dogs" as service or support animals due to "recent incidents in which several employees were bitten." A Delta spokesperson said the airline is reviewing the Transportation Department's changes.