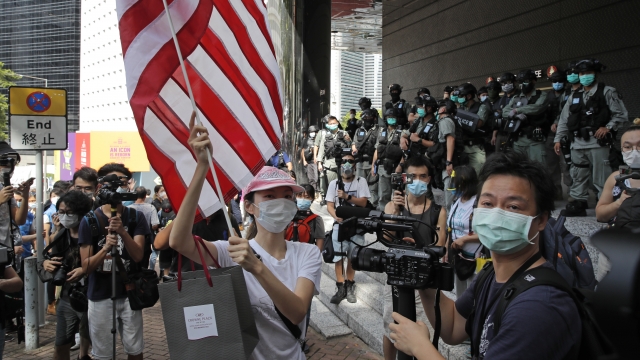 U.S. travelers are being advised to not travel to mainland China or Hong Kong.

The U.S. says American travelers risk "arbitrary detention" and "enforcement of laws." The U.S. also warns American's "may be detained without access to U.S. consular services or information about their alleged crime."

A Chinese foreign ministry spokesperson called the move "political manipulation" and said China has always protected the rights of foreigners in accordance with its laws.

Tensions between the U.S. and Beijing have spiked since China introduced a new national security law over Hong Kong in June.