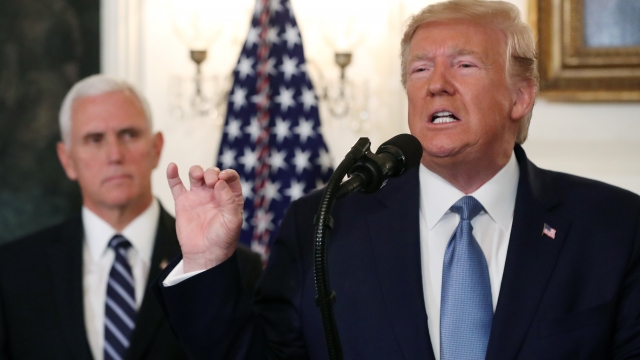 President Donald Trump says he is lifting sanctions that the U.S. placed on Turkey related to its invasion of Syria. He says Turkey told him it had reached a "permanent" ceasefire in the region.

President Trump said, "And it will indeed be permanent, however you would also define the world permanent in that part of the world as somewhat questionable. We all understand that. But I do believe it will be permanent."

President Trump made the announcement Wednesday, just a day after Russia and Turkey announced a deal to conduct joint patrols - and to give Kurdish forces another 150 hours to leave the Syrian-Turkish border region.

President Trump also said some U.S. forces will stay in Syria to guard oil in the region, implying that most will stay withdrawn.

President Trump said, "We've secured the oil and, therefore, a small number of U.S. troops will remain in the area where they have the oil. And, we're going to be protecting it and we'll be deciding what we're going to do with it in the future." He added, "Let someone else fight over this long blood-stained sand."