The U.S. Is In The Midst Of A Mini Baby Boom 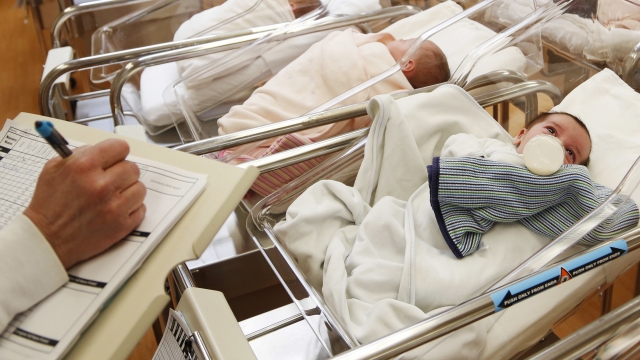 A new study analyzing the latest U.S. birthrate data shows an increase in newborns — a surprise to researchers.

The pandemic has undoubtedly added stress and anxiety for new mothers in the past few years.

"[I'm] just trying to create as normal of the childhood as I can, even despite the pandemic," new mom Chrissy Athens said.

"Becoming a mother, you just are chronically tired, and you just learn to push through it and survive," new mom Theresa Alvarez Jarrin said.

Despite it all, a new study finds the U.S. is experiencing a mini baby boom, with 50,000 more babies born in 2021 compared to the year before. The upward trend appears to be continuing well into 2022 too.

"It is a quite significant development in that fertility rates have been declining for over a decade, ever since the great recession, and that's the first major reversal in over a decade," Schwandt said.

He found that the baby boom is driven mostly by two groups of women: those having a first child and those with a college education who are more likely to benefit from working from home.

Is The Future Of Contraception Male?

The science behind the male methods of contraception.

The birthrate increase was a surprise to the researchers because tough economic times have historically led to fewer newborns. But, the pandemic turned out to be different.

Many American families have been able to bolster their savings, as governments have offered financial support, like pandemic relief checks.

"We can, with the right policies, reverse long ongoing trends of negative fertility numbers," Schwandt said.

Experts have been worried for years about the declining fertility rate in the U.S. because if it falls too low, economic growth could be hurt. The study offers a glimmer of hope.

"There might be a little small, positive aspect of the pandemic, as long as we think that more babies is good," Schwandt said.