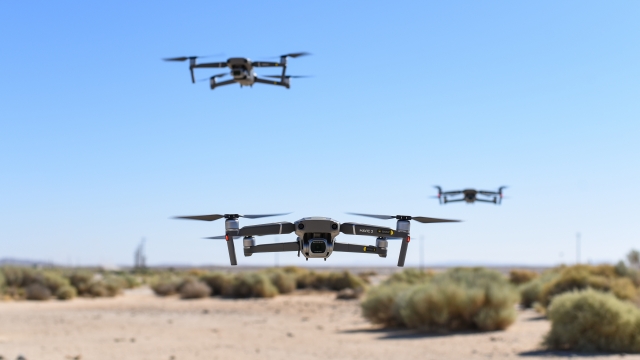 The Interior Department is temporarily grounding its fleet of drones, all of which are Chinese-made or have Chinese parts, amid cybersecurity concerns.

The agency said in a press release Wednesday that Interior Secretary David Bernhardt issued an order "affirming the temporary cessation of non-emergency drones." The department had already grounded its fleet last year, pending a review of its drone program. Although Wednesday's order doesn't specifically mention China, it says information collected during drone missions "has the potential to be valuable to foreign entities, organizations, and governments."

The agency did say it will still use drones "in approved situations for emergency purposes," including wildfires, search and rescue missions, and natural disaster response.

Chinese drone manufacturer DJI said in a statement it was "extremely disappointed" by Bernhardt's order, adding that the decision has "little to do with security and [is] instead part of a politically-motivated agenda to reduce market competition." It also said its products "have been independently tested and validated by U.S. cybersecurity consultants [and] U.S. federal agencies," and called on policymakers "to create clear standards" to help drone operators "confidently evaluate drone technology on the merits of performance, security and reliability."

The Interior Department said the order will remain in effect "until its provisions are converted to the Departmental Manual or until it is amended, superseded, or revoked."