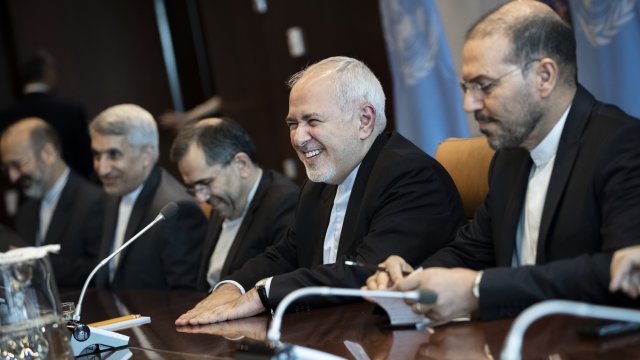 Zarif, who has been Iran's foreign minister since 2013, is accused of being "complicit in [the] malign activities" of the Iranian regime, of being an "apologist" for the government's mistreatment of its own people and of working to suppress free speech.

Secretary of State Mike Pompeo said in a statement Wednesday: "Foreign Minister Zarif is a key enabler of Ayatollah Khamenei's policies throughout the region and around the world. The designation of Javad Zarif today reflects this reality."

Under the sanctions, Zarif will have all of his U.S. assets frozen, he'll be unable to have dealings with any U.S. person or entity, and he'll be banned from entering the U.S.

In a tweet sent after the sanctions were announced, Zarif said: "It has no effect on me or my family, as I have no property or interests outside of Iran. Thank you for considering me such a huge threat to your agenda."