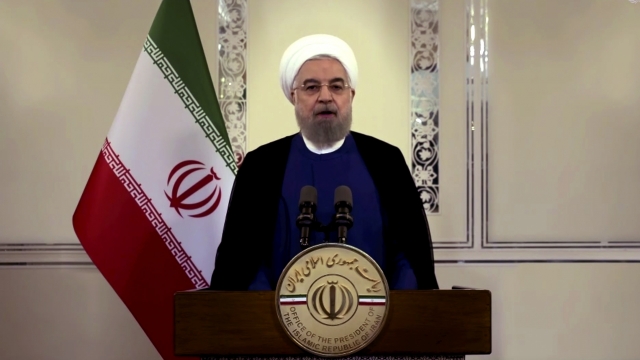 SMS
U.S. Imposes New Sanctions On Iranian Officials Over Human Rights
By LeeAnne Lowry
By LeeAnne Lowry
September 25, 2020
The sanctions are, in part, for the officials' role in sentencing a wrestler to death.
SHOW TRANSCRIPT

They impact an Iranian revolutionary court and several judges — in part for their role in sentencing an Iranian wrestler to death.

Iran's foreign minister said the wrestler received the death sentence for murdering a government official. President Donald Trump joined an international push to save him, but the wrestler was executed earlier this month.

Iran warned the U.S. earlier this week that it will take action against sanctions.