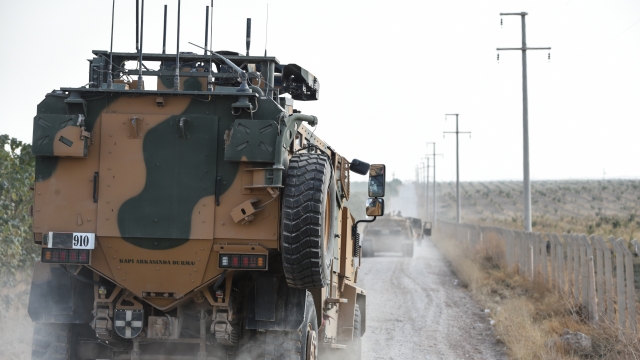 This bill comes as a U.S. investigation into allegations of war crimes carried out by Turkey during its military offensive in Syria gets underway.

The U.S. House of Representatives has approved a bill imposing sanctions on Turkey in response to it's military invasion in northern Syria earlier this month.

The bill seeks to freeze the assets of Turkey's political and military leaders, block travel visas to the U.S. and prohibit any U.S. defense services or technology from being sent to Turkey that could be used in military actions in northern Syria.

The bill also calls for a new strategy from the Trump administration for fighting ISIS, that would include U.S. forces working with the Kurdish military.

But despite a 403-16 vote in the House, the bill will likely face opposition in the Senate, where Republicans have said they would withhold legislative action in order to allow the Trump administration's diplomacy with Turkey "time to play out," according to Al Jazeera.

This bill comes as a U.S. investigation into allegations of war crimes carried out by Turkey during its military offensive in Syria gets underway.

Last week, Defense Secretary Mark Esper told CNN in an interview, Turkey should be held accountable if these allegations prove to be true. Turkey has denied all allegations war crimes.