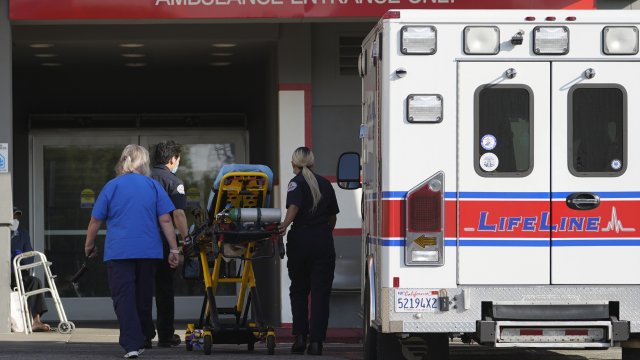 SMS
U.S. Hits Record Number Of COVID Hospitalizations
By Newsy Staff
By Newsy Staff
January 6, 2021
In some cities, like Los Angeles, hospitals are running out of resources.
SHOW TRANSCRIPT

More than 131 thousand people are hospitalized with the virus in the U.S. according to the COVID tracking project.

That's a new record, putting a continued strain on hospitals. In some cities, like Los Angeles, hospitals are running out of resources. Some are now telling ambulance crews to only use oxygen for patients in the direst need. And in some cases they've had to turn away incoming patients because they simply don't have room.

And take a look at this: lines of cars outside of Dodger stadium this week in L.A. With people waiting to get tested. The county reported more than 13 thousand new cases yesterday, and nearly eight thousand people there are hospitalized.