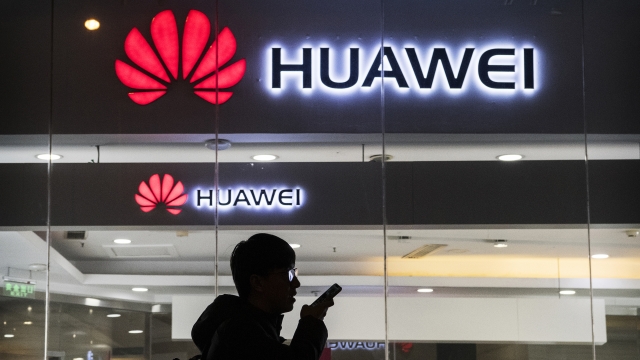 According to an indictment unsealed on Thursday, the charges include racketeering and conspiracy to steal trade secrets. Prosecutors accused Huawei and its subsidiaries of a "decades-long" effort to steal U.S. intellectual property in order to grow its own business. It even offered employees bonuses if they were able to get confidential information from its competitors.

The indictment also accuses the company of doing business with countries that have been hit with U.S., EU or U.N. sanctions, like Iran and North Korea. Prosecutors said Huawei helped the Iranian government during protests in 2009 "by installing surveillance equipment, including ... equipment used to monitor, identify and detain protesters." It also accused the company of lying to the U.S. government about its business activities in those countries.

The company is already facing more than a dozen criminal charges in the U.S., including money laundering and bank fraud. In 2018, the Trump administration banned federal agencies from purchasing or using Huawei's products. But that has yet to go into effect.

A Huawei spokesperson responded to the latest charges in a statement to The Hill Thursday, saying: "This new indictment is part of the Justice Department's attempt to irrevocably damage Huawei's reputation and its business for reasons related to competition rather than law enforcement. The government will not prevail on its charges which we will prove to be both unfounded and unfair."