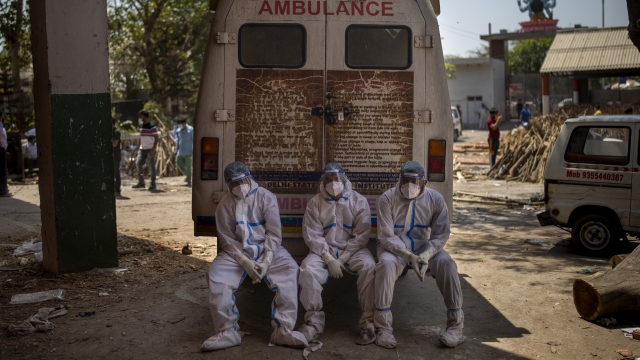 As the U.S. aims to get more Americans vaccinated it's also working to help India — a country still in crisis mode dealing with the virus.

The U.S. is sending oxygen and other supplies. The White House said six air shipments have been sent and more than 80,000 vials of Remdesivir arrived in Mumbai this morning.

But even as help comes from abroad, internally there's growing political divide. India's opposition leader says a lockdown is the only option to help right now. He blamed the crisis on a lack of leadership, saying lawmakers in charge have committed a crime against India.